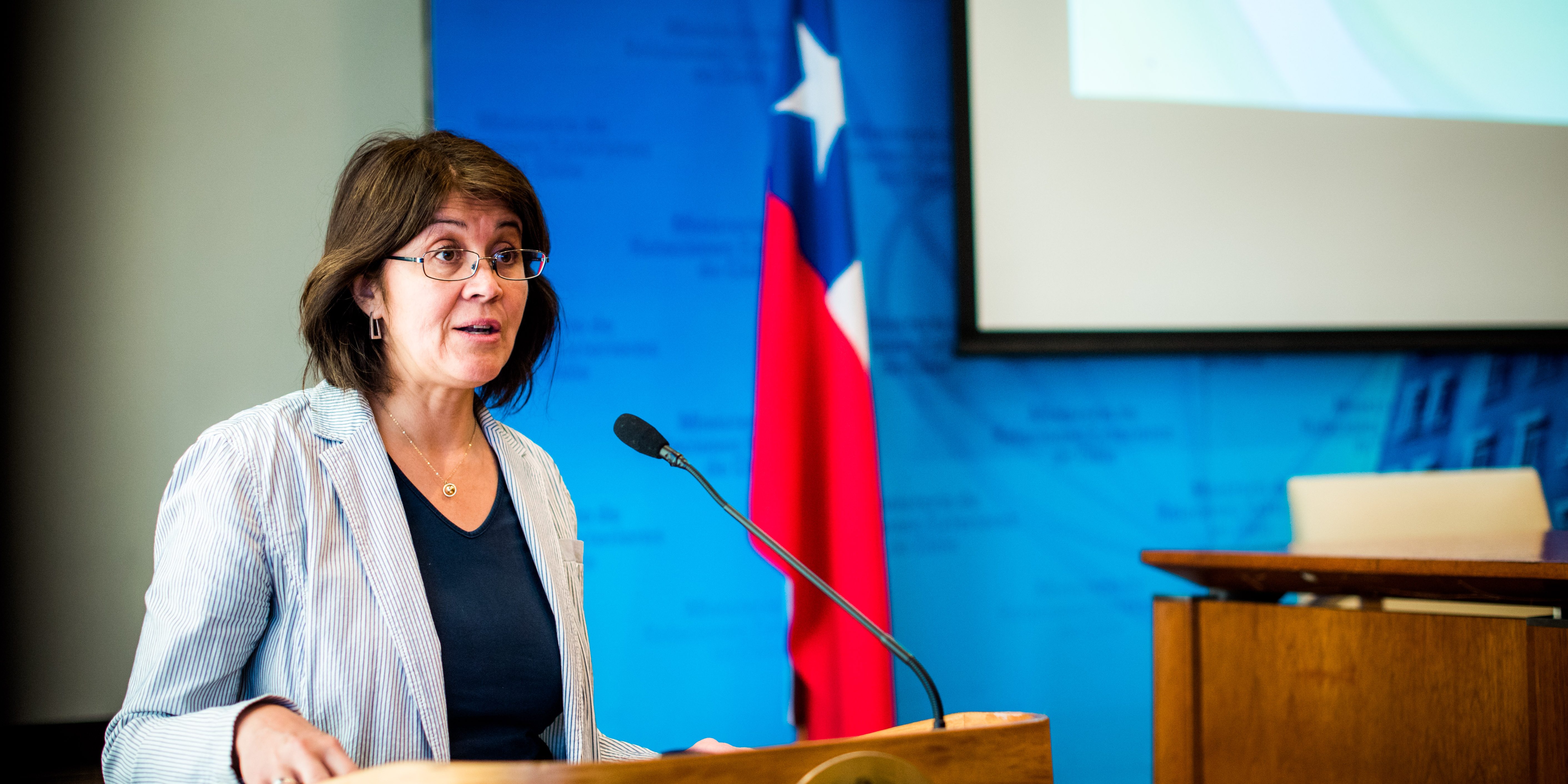 The seminar included presentations by the National Director of State Borders and Boundaries (DIFROL), Ms. Ximena Fuentes and the Director General of Foreign Policy, Ambassador Milenko Skoknic, and was moderated by Ambassador Alberto Van Klaveren.

During her presentation, the Director offered a reflection on the way in which Chile addresses the matter of relations with our neighboring countries, making two major distinctions: those regarding boundaries and those referring to border integration. The border integration is an issue that evolves from the existence of clear international boundaries, and has experienced significant development since the 90’s.

In connection with boundary topics, Madam Ambassador emphasized that, when interpreting and implementing treaties and arbitrary awards, the legal standard demands analyzing many elements in an exercise that is far more complex than is often thought, that involves analyzing the behavior of the Parties, geographic and strategic factors, and the progress of scientific knowledge.