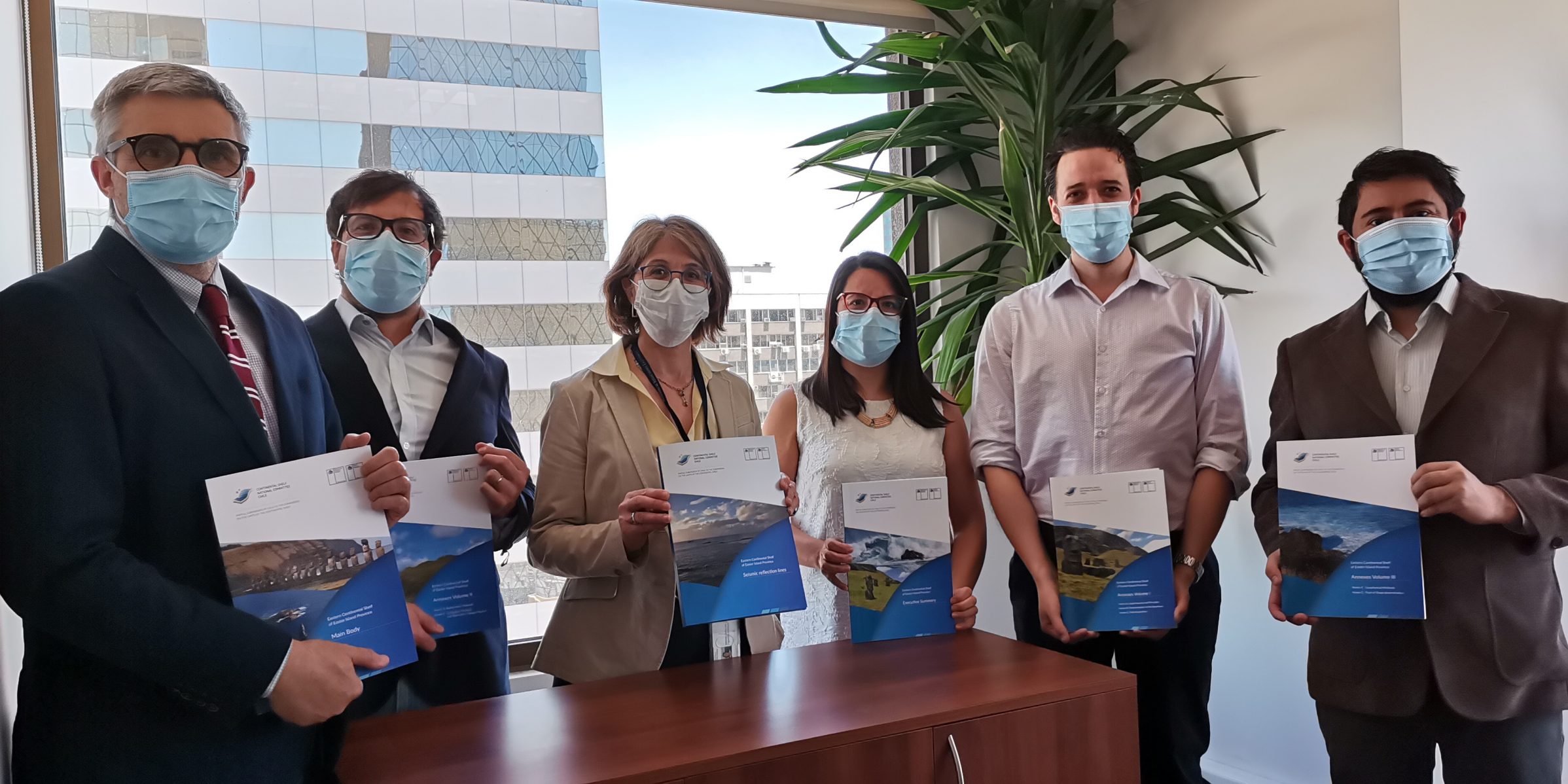 On December 21, the Ambassador of Chile to the United Nations, Milenko Skoknic, has submitted the Report of the Republic of Chile on the Eastern Continental Shelf of the Province of Easter Island to the Commission on the Limits of the Continental Shelf.

During this period of more than ten years, seabed bathymetry and geophysics data was collected. After the required analysis, it was possible to conclude that the continental shelf of the Province of Isla de Pascua exceeds 350 nautical miles and extends up to 700 nautical miles. This implies an area of ​​more than 550.000 square kilometers in which Chile exercises sovereign rights over the natural resources of the continental shelf.

Rapa Nui (Easter Island) and Motu Motiro Hiva (Salas y Gómez Island) are the most remote islands in the Pacific Ocean, more than 3,000 kilometers from Chile’s continental coast. These two islands are the tops of a vast volcanic mountain chain, formed over millions of years as the Nazca Plate moved. This enormous extension of submerged mountains under the sea is what makes up the outer continental shelf of the Easter Island Province, the outer limits of which Chile submits today before the United Nations Commission on the Limits of the Continental Shelf.