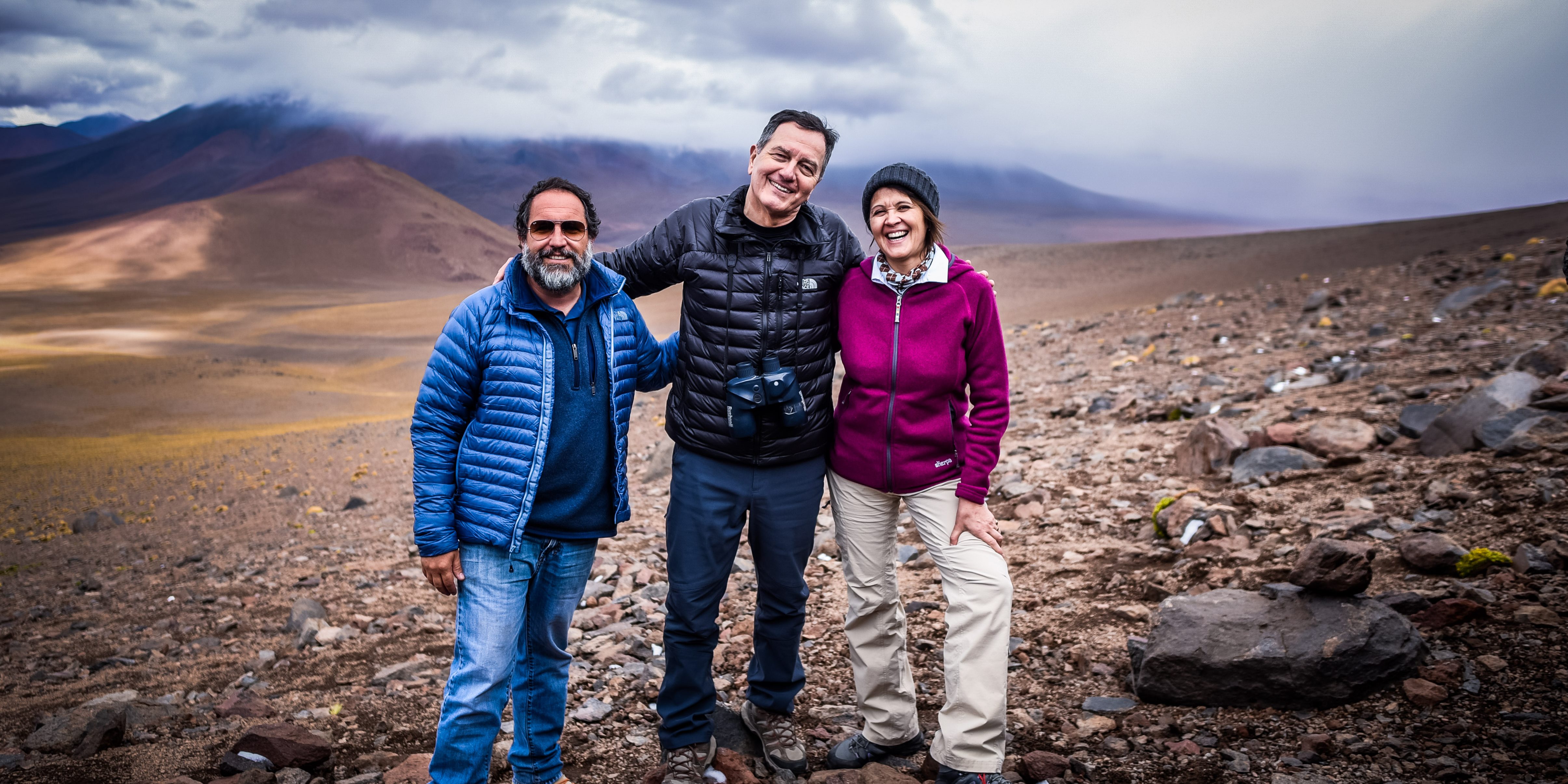 On Monday 28 January,  the National Director of Boundaries and Frontiers  and Agent of Chile before the International Court of Justice in the Silala Case,Ximena Fuentes,  arrived to Region of  Antofagasta to join the Minister of Foreign Relations,Roberto Ampuero, in his visit to the Silala River area in the vicinities of the Chile-Bolivia border. The delegation was composed also by Juan Ignacio Piña, Co-oagent,, Johanna Klein, executive coordinator of the case, and scientists, Edmundo Polanco from Sernageomin and Francisco Suárez from DICTUC..

The purpose of the visit was to see in situ the detailed aspects of the scientific research that supports our country’s position in the case t against Bolivia concerning  the Rio Silala The visit of the Silala area began with a stop at the Inacaliri Police Station . The delegation shared breakfast with the Carabineros of the Retén Inacaliri..

From the viewpoint that is located on the sloped of the Apagado Volcano, the Minister and Ambassador Fuentes together, had a panoramic view of the Silala river, covering its sources in Bolivia and its flow into Chilean territory.  After this, they walked through  the Silala Ravine upto the border between Chile and Bolivia.Ambassador Fuentes highlighted that the Silala River is a complex system of superficial and underground water, and that due to the inclination of the terrain and the hydraulic gradient, the waters of the Silala flow into Chile, whether as superficial or underground flowAlong with this, Minister Ampuero added: “We have come to the border between Chile and Bolivia, to show that the scientific and geographical evidence is on Chile’s side. In that sense, he emphasized that : “Chile is absolutely right to state its position and Bolivia not only has to try to contradict Chile´s arguments, but it also will have to deny the law of gravitation.